This vertical hole Verti-k, is born as a complement for the manufacture of furniture through the Nesting system. With the model Verti-k, we can cover the process of drilling of edges, faster, more economical and without removing space to the productive process as it occupies only 1m2. Not only does it allow the borehole in the edges, but it is also possible to insert the anchor in the most complete version, with the application of tail. 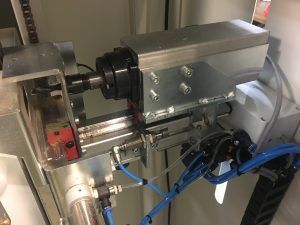 The vertical CNC drill Verti-k, is born as a complement for the manufacture of furniture using the Nesting system, since the cutting of pieces in this mode does not support the drill in the edges simultaneously, as a piece is cut next to the next, and there is no physical space for the drill’s entry to the edge of the ridge.

The drilling process in the edges involves a second stage, which although the horizontal drill head is available in the head of the work centre, it would take productive time at the centre itself, involving preparing the table (removing martial, and placing suction cups) and stopping the cutting and drilling process in an important machine in the manufacturing cycle.

With the model Verti-k, we can cover the process of drilling of edges, faster, more economical and without removing space to the productive process as it occupies only 1m2.
Not only does it allow the borehole in the edges, but it is also possible to insert the anchors automatically, with the application of the tail, in its most complete version.
It has a double table, folding, therefore in a single program we can bore two pieces at a time, either mirrored or asymmetrical. 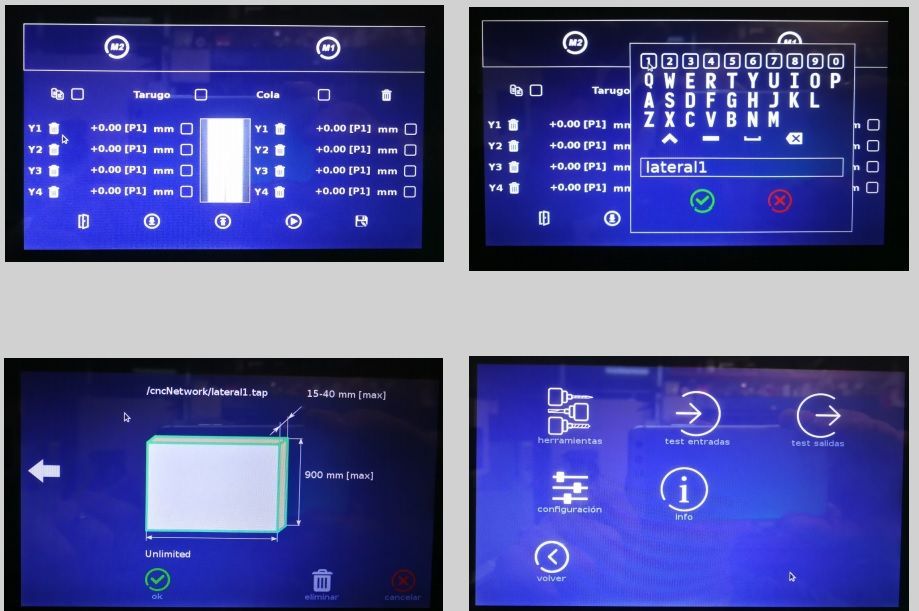 Vertimaq GCodeDesign software, with certainty, one of the most intuitive on the market, provides ease of use, quickly and flexibly. By selecting by menu or by reading the barcode, the program loads.
Following the company’s policy of responsibility for the environment measured, we have put in the design a lot of effort to achieve a machine with low power consumption, achieving in the Verti-K, a consumption less than 0,6 kw, turning it into the cnc drill machine for furniture, with less consumption in the world market.

The VERTI-K machine has the following characteristics:

The parts are stored in the control’s memory with a large memory capacity, 8 GB.

The main advantages of CNC machines

Use 24 hours a day, 365 days a year and only need to be disconnected for maintenance.

There are no reviews yet.

Be the first to review “VERTI-K” Cancel reply
About brand

Located in Barcelona, and with a family tradition of three generations in the manufacture of machines for carpentry, in 2005 Vertimaq was born with the aim of applying a very accessible cnc technology, launching to the market with a resounding success the vertical cnc milling machines for the machining of doors. In 2008, after analyzing the needs of small carpenters, we developed the vertical cnc drill for machining cabinets and kitchens.

In 2014 we launched the evolution of the cnc drill, the Drillboy 800 model with a new machining concept and with a cnc developed entirely by Vertimaq, which makes this type of machinery even more economical and easy to use.

At Vertimaq we are always in continuous development and creation of new machines, and new technologies, unique and original, with unparalleled revolutionary and creative concepts.

Our goal is to make available to the small carpenter the latest technology available, the same used by large furniture factories, and allow it to compete on an equal footing with the demands of each market.

As a general rule, packages are sent within 48 hours of receipt of payment via UPS with unsigned tracking and delivery number. If you prefer to send Extra-Certified UPS, an additional charge will be applied. Please contact us before applying for this option. Whatever the shipping form you choose, we will provide you with a link so you can follow your order online.

Shipping costs include handling and packaging costs, as well as postal costs. Operating costs are fixed, while transport costs may vary depending on the total weight of the package. We recommend that you group all your items in the same order. We cannot combine two different orders, and the shipping costs will be applied for each individual. We are not responsible for any damage to your package after shipment, but we do our best to protect all fragle items.
The boxes are large and their items will be well protected.

Twister, CNC drill for your carpentry. Drill pieces by their faces, both edges, and make horizontal grooves for the bottom of their furniture.
Add to wish list
Read more
Quick View
Compare
Close

13.800,00€
CNC Milling Machine for DOORS from 12,900 FV8 is the vertical machine that takes up as little space as possible,
Add to wish list
Add to cart
Quick View
Compare
Close

Costs do not include shipping

Attention all year round.